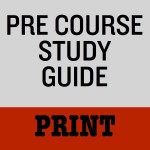 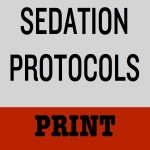 This on line sedation pharmacology series builds a strong working knowledge of sedation medication.  Receptor interaction, mechanism of action, clinical duration, dosing, and detrimental side affects are reviewed in detail.  A study guide is attached to this test.  The study guide should be printed and read prior to taking the test.  There is no time limit to take the test.  In addition to the study guide, some study material is presented throughout the test.  The study material presented in the test contains detailed pharmacologic information.

Upon completion of the test, please select the “QUESTION REVIEW” option.  The test review will provide a correct explanation of incorrectly answered test questions.  RMS will be notified when the test is completed.  A certificate of completion and a content verification form will be electronically sent to your registration email address.  A hardcopy will be mailed upon request.

You have already completed the quiz before. Hence you can not start it again.

You have to finish following quiz, to start this quiz: